7 Shocking Truths About A Defibrillator

Throughout October, the Cardiac Arrest Survival Foundation is reminding the nation of the importance of Defibrillators in the community.

Known as Shoctober, the focus is on raising awareness of the seriousness of Sudden Cardiac Arrest and how early defibrillation can increase the chance of survival significantly.

There are sadly a number of preventable deaths lost to Sudden Cardiac Arrest daily. By enlightening the public on the success rate, ease of use and accessibility of Defibrillators, together as a community we can combat this problem and minimise the number of lives lost to the tragic health condition.

See our range of defibrillators

What Is A Sudden Cardiac Arrest?

A Sudden Cardiac Arrest is a breakdown of the electrical impulses that transfer to the heart, preventing it from beating efficiently. This causes swift unconsciousness and decreased breathing.

This is a very serious condition which requires CPR and Defibrillation in the first initial moments to increase the possibility of survival.

As the leading cause of death in Australia with estimates of 23,000 – 33,000 Australians losing their lives to the health condition each year, it deserves attention and preventative action.

It is indeed shocking that despite Defibrillators being able to save lives; they are often not deployed at all, deployed too late or ineffectively. We’re here to bust the often shocking myths around Defibrillators and break down any stigma people may feel about using these devices.

When it comes to cardiac arrest, there is not the luxury of time to get to medical treatment that will allow ‘someone else’ to help. For those who do not receive CPR and early defibrillation, the likelihood of survival is grim, with only 5% expected to survive. Each moment that passes once a cardiac arrest strikes is detrimental, with every minute without defibrillation decreasing their chances of survival by 10%.

Many people in the wider community are often confused about the difference between a Sudden Cardiac Arrest and a Heart Attack. Learn the key differences and how to identify and respond to the very different health emergencies here.

Shocking Truth #2 – A Defibrillator Can Be Incredibly Effective

Despite being such a shocking condition, when it comes to Sudden Cardiac Arrest there are often the tools at hand that will make the lifesaving difference. The combination of CPR and defibrillation is the only definitive treatment for Sudden Cardiac Arrest, increasing survival rates by up to 70%. 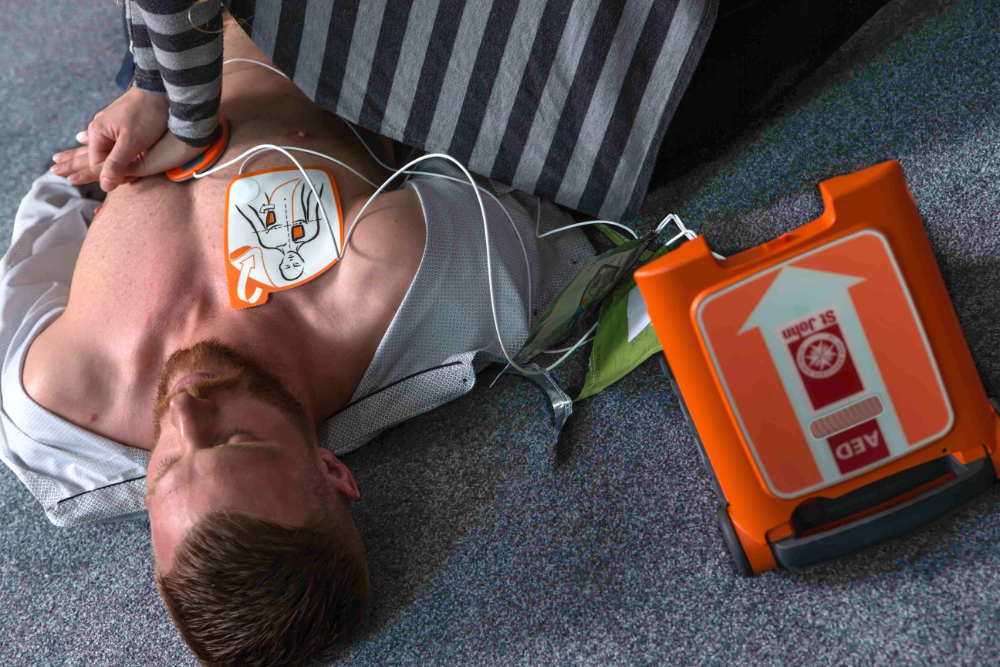 Shocking Truth #3 – An AED Is a Modern Medical Miracle

A Defibrillator, also known as an AED (Automatic External Defibrillator), is a revolutionary device that allows a layperson to deliver treatment previously only available in medical settings. Despite electrical devices being used by researchers to restart hearts since 1899, portable public access defibrillators that can analyse the casualty and deliver a measured shock if required have been a much more recent marvel since the 1980s.

Once the electrode pads have identified an abnormal heart rhythm the Defibrillator will administer an electrical shock, interrupting the ‘fibrillation’ that is occurring so that the heart can re-establish a normal rhythm

Shocking Truth #4 – Anyone Can and Should Use A Defibrillator

If you have access to a Defibrillator and someone suffers a Sudden Cardiac Arrest you should always start CPR and apply the Defibrillator.

Ambulance response times across Victoria range considerably and are likely to be a minimum of 10 minutes depending on the area you are in. As we know, the survival rate is decreasing at a rapid speed of 10% per minute, so you simply cannot wait for paramedics to arrive in the case of Sudden Cardiac Arrest. 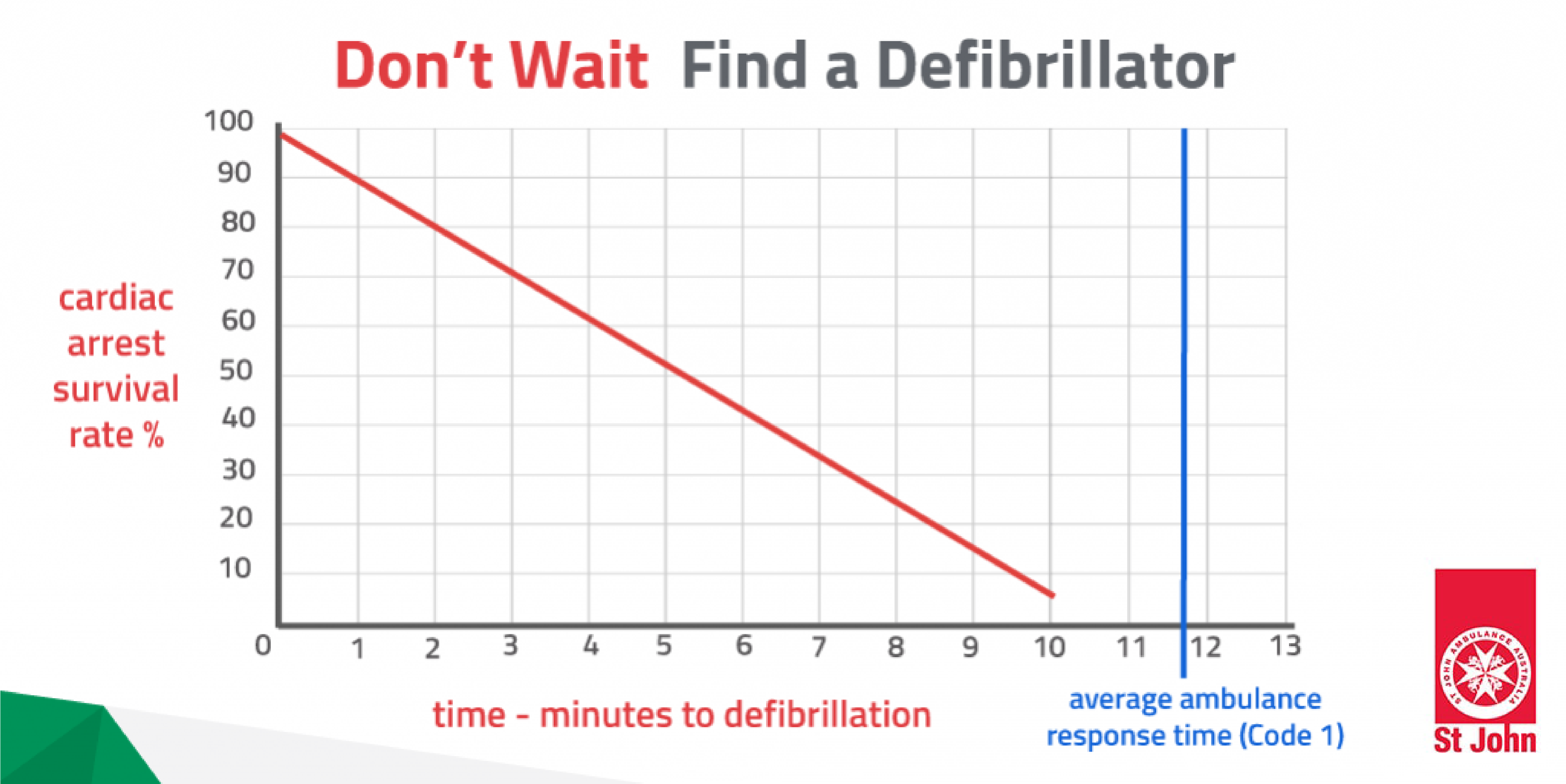 There are many misconceptions about Defibrillators, including the myth that Defibrillators can only be used by trained professionals, which is completely untrue. Training does help a person be more prepared but is not essential as the device tells you what to do.

It is true that the types of Defibrillators used in hospitals require specialised training; however, the Automated External Defibrillator is different to the hospital equipment and is specifically designed and tested for the everyday person to use simply and quickly.

A St John G5 or G3 Elite will provide voice prompts to the user when opened. The voice prompts are designed for ease of use and help decrease stress in a high-pressure situation.

Shocking Truth #6 – You Can’t Kill Someone With a Defibrillator

We often hear people speak of their fears when it comes to delivering CPR and applying an AED. ‘But what if I kill someone?’ they say. Unfortunately, doing nothing almost guarantees a deadly outcome. If someone is not responding or breathing, doing something is definitely better than doing nothing. Attempting CPR, even if you’re afraid of breaking ribs, and applying a defibrillator, even if you’re not familiar with that particular model, will mean there is a better than average chance.

And despite what some think, you cannot be held legally liable if you attempt first aid and the person does not survive or has adverse effects. In Australia (and many other countries) we have Good Samaritan laws protecting those who attempt to help, as long as they don’t do anything reckless.

Defibrillators can be found in many locations throughout your community. A third (34%) of Australians are unaware of where a defibrillator is located. Likely places where you could find a Defibrillator include:

The statistics surrounding Sudden Cardiac Arrest are clear; CPR and Defibrillation is the only conclusive treatment which enhances the chance of survival. With such compelling evidence, it’s time the community took it upon themselves to set up their workplace, sporting club, community centre or any other public space with a Defibrillator and learn the basics in CPR.

Most people do agree that the only way the Sudden Cardiac Arrest mortality rates will decline is if the community as a whole acknowledges the need for Defibrillators in public spaces and takes action. However, the expectation seems to be that ‘someone else’ will step in with the skills, knowledge and equipment to save the day. 7 in 10 (71%) who are unaware of where a defibrillator is located also admit they’d rely on someone else to know what to do if faced with a first aid incident. But that ‘someone else’ should be each and every one of us!

Next time you’re out in the community, ask yourself and those around you “Is there a Defibrillator nearby?” If you can’t find a Defibrillator in those first moments, imagine the chaos if a Sudden Cardiac Arrest occurred. It’s not a risk worth taking; if you recognise a shortage of Defibrillators in your community raise your concerns with the appropriate people.

Speak up, by working together our chances of combating the preventable deaths caused by Sudden Cardiac Arrest will increase dramatically.

Purchase a defib and save a life today 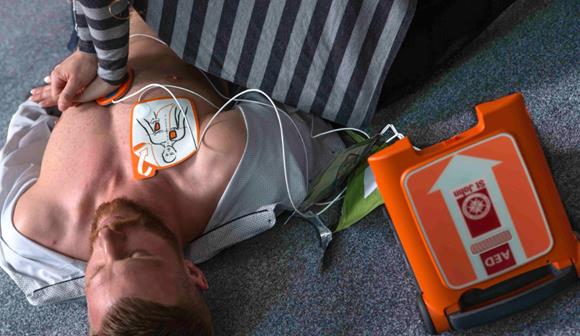 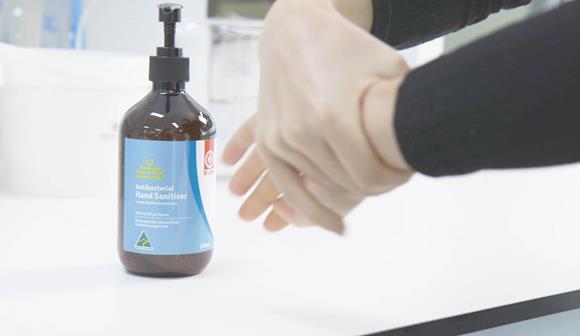 Our new range of hand sanitiser, sprays and hand wash are laboratory tested and proven to kill 99.9% of germs.